Warning[Pa082]: undefined behavior: the order of volatile accesses is undefined in this statement.

Warning[Pa082]: undefined behavior: the order of volatile accesses is undefined in this statement.

Background
The warning [Pa082] is issued if 2 (or more) of the variables in a C-statment are volatile. The message text "...order of volatile accesses is undefined..." is the central information, i.e. the compiler (following the ANSII standard) can access the variables in an order that is not defined.

How to change
The change is to break up the C-statement, so that each new C-statement holds only one access to a volatile variable.
In this small example the variables internalChannelSelect and ADC are volatile. If so the following C-source will issue the "Warning[Pa082]".

Then the following change will make the C-source predictable. 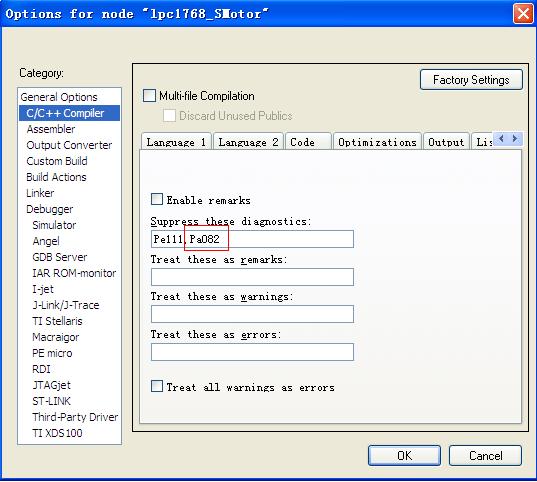